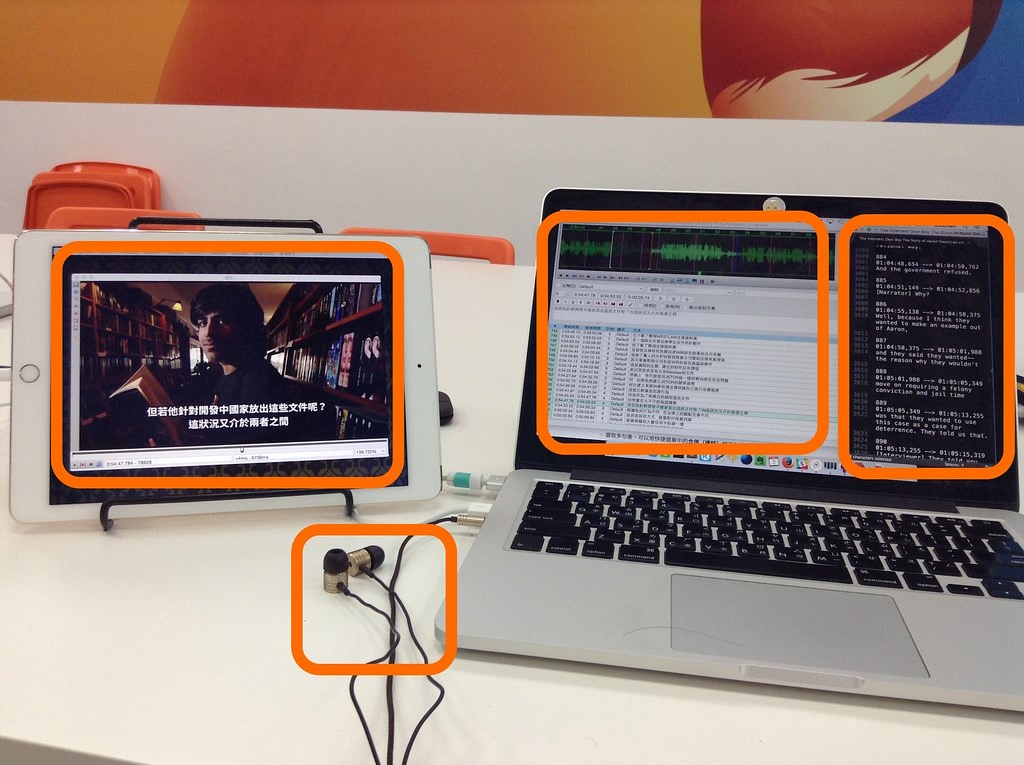 The macOS Catalina comes with the Sidecar feature. This allows you to easily convert your iPad into a duplicate display with a few clicks. However, the sidecar feature is only compatible with specific iPads and Macs. This can be limiting especially if you own an old Windows PC model. Fortunately, various third-party apps can facilitate operation on other iPads, Macs, PCs, and Android tablets.

Sidecar on MacOS Catalina is the Perfect Option 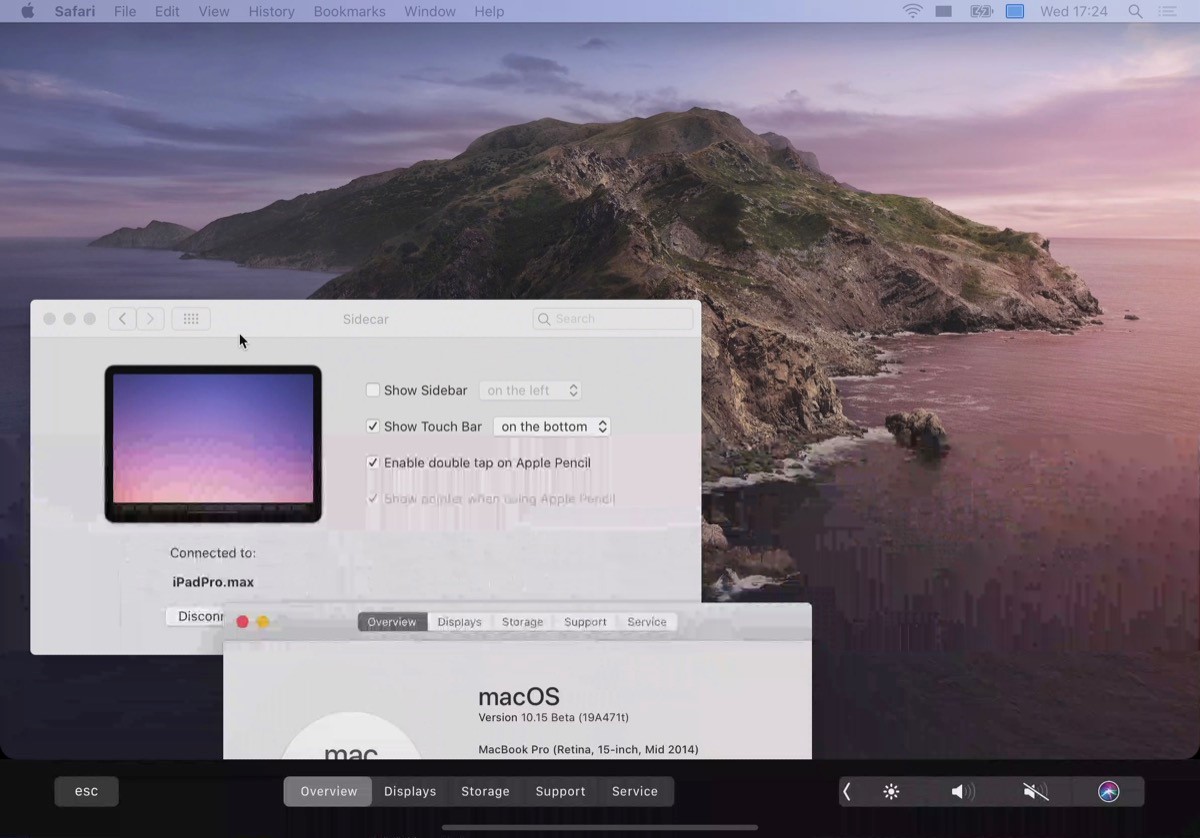 You can also do it wirelessly by activating Bluetooth, Handoff, and Wifi. Ensure you’re logged in to either both gadgets and the same Apple ID. On your Mac, press the Airplay button and choose your iPad from the list. Once the image changes, proceed to click on the menu once more to get various options. Proceed to illustrate your Mac gadget’s display. You can also extend it, illustrate or hide the touch bar and sidebar appearing on the iPad, or simply detach your tablet.

While you can utilize sidecar wirelessly or wired, you can’t switch between them even if you wanted to. All you can do it to disconnect and connect them again with the help of the AirPlay menu.

According to Apple, Sidecar should work wirelessly with the iPad located within 10 meters or 30 feet from the Mac. Your Apple pencil can also come in handy to help draw inbuilt apps and sign documents. The Apple Sidecar manual will give you more comprehensive details on this.

If Sidecar isn’t compatible with your iPad or Mac, or you’re an Android or Windows user, you can utilize the Splashtop Wired XDisplay, a third party application that can convert your tablet into a duplicate monitor. This feature works best when connected through USB. 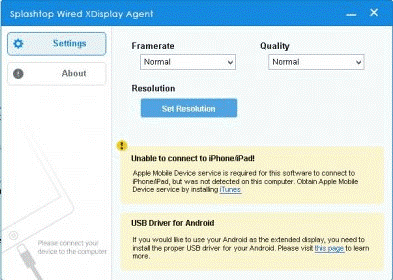 While it may not be one of the smoothest it will execute the job at a reasonable price. Splashtop Wired XDisplay comes with two components. An Android or iPad App that operates your tablet, and a desktop agent that operates in your Mac or PC’s background. While the iPad app is free, the Android app costs $7. Still, you can try the free trial version that operates for 10 minutes separately.

From the display settings on your computer, you’ll be able to rearrange your monitor. Move windows to your tablet and use it as a duplicate monitor to enhance your productivity. You may need to use a stand to ensure it remains bolstered up as seen below. If you’re using the table together with a tablet, this position will be ideal. 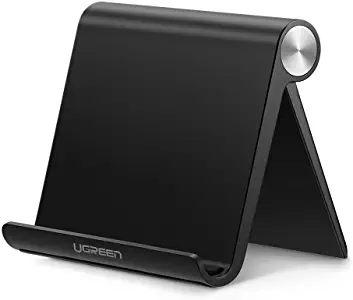 However, if you prefer using a desktop, then you’ll need a more adjustable stand such as seen below. 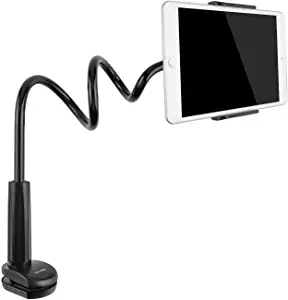 Splashtop Wired XDisplay works perfectly with a Windows PC and an iPad. It’s worth mentioning however that this feature may freeze in mirrored mode on some computers. This, however, shouldn’t limit you from using it, especially because it’s free. The Android app that retails for $7 has varied reviews. Seeing that you have to spend money to get it, you want something that can serve you with minimal hassles such as the Duet Display.

The Duet Display, Pricier Albeit Better 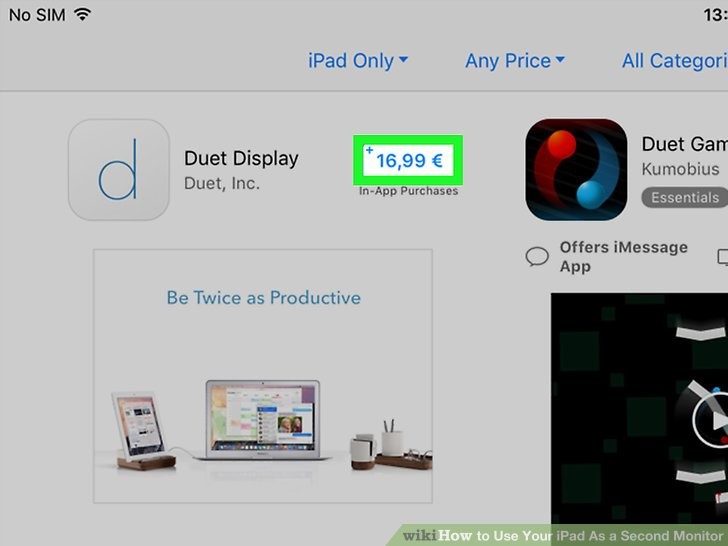 While the Duet Display desktop app is free, you will spend $20 for its Android app and $10 for its iOS app. The application works well when connected through a USB cable but supports iPad keyboards, adds a Touch Bar on any Mac, and adds touch control on your Mac or Windows apps to the tablet screen.

If you’re looking for extra features, you can utilize the inbuilt Duet Air app subscription which adds remote desktop, wireless connectivity, and enhanced graphics for $20 annually. You can opt for the Duet Pro app which comes with drawing features and costs $30 annually. After installing both the tablet and desktop apps, make sure the Duet Display desktop app is operating in your PC’s background and plugin your tablet through USB.

Proceed to initiate the Duet Display mobile app which should link to your computer instantly. A ready for use desktop will then appear. The final step involves clicking the Duet Display icon on your PC to obtain access to various other settings. These include the resolution and framerate that your tablet utilizes. The default settings may function well for many users. However, they could be sluggish especially if you’re using an old laptop.

In this case, you may want to lower the framerate, resolution, or power utilization from the window. With a Duet Air subscription, you can wirelessly connect Duet Display by launching the desktop app. Go to the Advanced Settings; click the Air tab for macOS and the Wireless tab for Windows.

Your tablet will pop up on the list. Proceed to click on it to connect. In the event it doesn’t appear, consider manually connecting to it by typing in the tablet’s IP address.

Duet Display is quite expensive compared to its competitors. However, it gives users one of the smoothest experiences. If you frequently utilize your iPad as a duplicate monitor this app is worthwhile.

Tweet Pin It
Tags:apple monitor, side car, use ipad as second monitor